CFP Dossier| Education and learning experiences from grassroots-community movements in the Global South.

| Dossier |
Education and learning experiences from grassroots-community movements in the Global South.
Dates:
Deadline for submissions: May 31, 2022.
Guest Editors:

In addition, submissions for the general section: info

From different geographies of the Global South, native people, subaltern communities, and social segments instituted in popular collectives and organizations in struggle have deployed multiple pedagogical experiences in the field of education that, at times, openly oppose the centralized and integrationist school models of national States (Medina, 2015). The various political and pedagogical strategies promoted by these movements tend to confront unidirectional educational programs and the rationality of state policies, to support the construction of rebelliousness that translates into their own forms of government, alternative communication, recovering collective dynamics of healing, protection, and education through culturally relevant methods based on the full exercise of their autonomy (Zibechi, 2007).

The relevance of each learning experience that the educational alternatives contribute to their plurality constitutes a fundamental input to recognize the vitality of the "other" educations as tools of resistance to processes of neoliberal accumulation and dispossession (Bertely, 2016). In this sense, the objective of this thematic issue is to make visible, examine and contrast in greater depth the experiences of this nature, with the purpose of scrutinizing the potentialities of such educations that are inscribed in frameworks of political action, but also to highlight their difficulties and challenges, since it is generally in the reflection on the multiple adversities where it is possible to find clues to understand how rebellions are sustained in the complex educational field.

Some elements such as rethinking one's own, decolonizing the normative universe of "official" education, and fracturing the epistemological domination of the school, are indispensable instruments for these far-reaching socio-educational projects, in which the daily dynamics of interactions are put into play, to inaugurate new paths of the struggle for the recognition of the plurality of (re)existences (Walsh, 2013). In sum, these critical practices and approaches are transformed and resignified in each of the educations called by their actors as intercultural, communal, or popular, which implicitly dialogue and show themselves as alternatives to the crises of national school systems.

-Advances and tensions of educational projects in the resistances of the Global South.
-Learning experiences and their political-epistemic challenges
-Critical balances of intercultural, communal, or popular educational initiatives
-Territory, autonomies, and educational experiences
-Theoretical-methodological tools for training and learning in/from the community-popular movements.
-Dilemmas and methodological contributions in the processes of investigative accompaniment to community-popular movements.
-Movements for education, organizational processes, and teachers' antagonisms 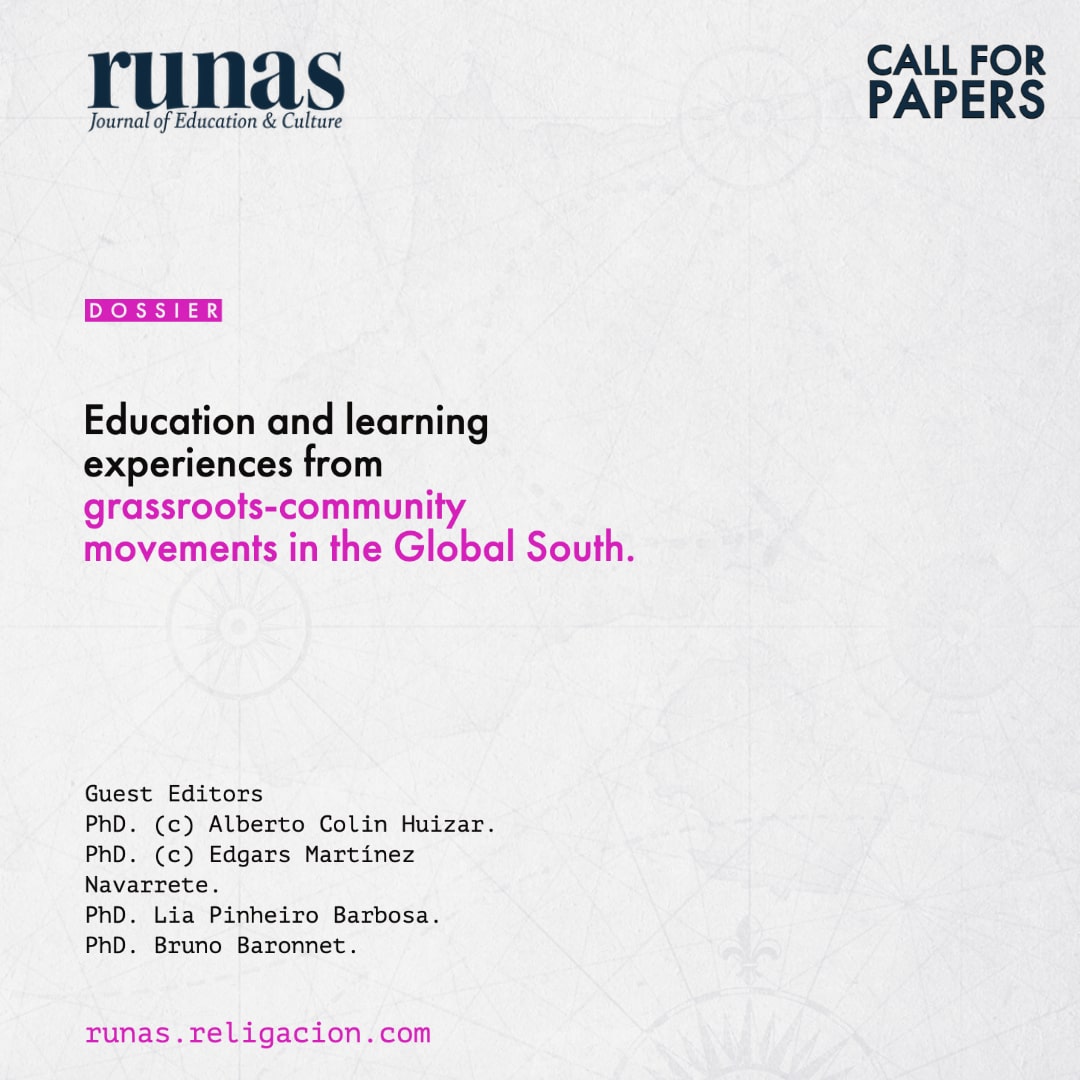